The secrets of Le Bocq brewery 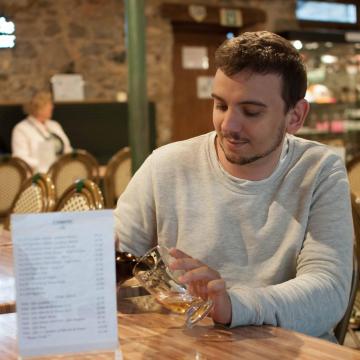 A 40-minute tour? Let's be realistic; you'll need much longer with the tasting session

The secrets of Le Bocq brewery

For anyone who enjoys good beer, what could be better than a brewery tour? Le Bocq Brewery is the ultimate tour for beer enthusiasts. Throughout my experience here, I learned a lot about the brewing process as well as the history of this family brewery, and got to taste one of the best white beers in the world.

We've booked a guided tour of the brewery in Purnode, a small village less than 30 kilometres away from Namur. We arrive a little early, so we go to the cafeteria and decide to get into the swing of things by ordering a few glasses of beer, a balanced selection of brown ale, pale ale and fruit beer.

Soon, a family arrives, followed by a large group of Flemish pensioners. So we're in for a bilingual tour! But our charming guide has no trouble switching between the languages of Molière and Vondel.

The brewery's website announces a 40-minute tour but, realistically, you'll need much longer with the tasting session. Our expert guide takes us through the history of Le Bocq Brewery, from its establishment to the current day. We learn that the brewery was founded by Martin Belot, a farmer who used his spare time in winter to make beer in his outbuildings as far back as 1858. His brewery quickly developed, proposing a wide range of products, from table beers to high-fermentation brown ales, including La Gauloise, the oldest brand still being brewed even today.

A beer for every taste

After telling us lots of interesting stories about Martin, we follow the guide through a succession of rooms to learn about the complete brewing procedure. The different rooms are still in use today and we find ourselves surrounded by vats. Every stage and every process is explained in detail and the guide enthusiastically answers all our questions. 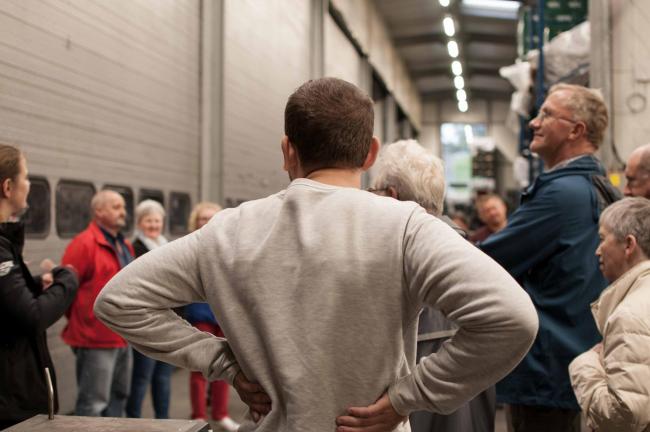 You might already be an expert when it comes to brewing beer, but this tour is an excellent way to refresh your knowledge on the blending of water, barley, hops and yeast to create the magic beverage that we enjoy today. Then the guide leads us into the brewery's most impressive feature: the bottling room: This is where the freshly-brewed beer is poured into beautiful bottles that are labelled and packaged, ready for shipping to every corner of the world.

Once the brewing and bottling processes have been explained, at last it's time for the most interesting part of the tour: the tasting! As I said at the beginning of this article, Le Bocq brewery boasts a wide enough selection of beers to ensure everyone finds something they like.

These are the beers we tried during the tasting session:

La Blanche de Namur, without a doubt the brewery's most emblematic beer. Its pleasant finesse and notes of fruit won it the title of world's best white beer in 2009. But its name doesn't come only from its category. Blanche de Namur was the name of the daughter of Count Jean de Namur. It is said that the King of Sweden and Norway, seduced by the beauty of the young princess, took her to Scandinavia in 1335 and that she never saw the banks of the Meuse again but became Queen of Norway, Sweden and Scania. The beautiful story behind a beautiful beer!

The other beers may not tell such wonderful stories, but they certainly deserve to be tasted too. We choose the Gauloise for its richness and slight bitterness, and we fall in love with the Redbocq and its pleasant blend of red fruit which will please fans of sweet, fruity beers. Then there's the Saison 1858, an unfiltered ancient-style pale ale that has a strong, bitter wheaty taste.

Beers to take away

I can't try everything because I have to drive but, luckily, the brewery sells beer that you can take home with you, together with its very own glass! I choose a Saison 1858, thinking it will make the perfect refreshing beverage to enjoy the following weekend on my patio. But I drink it the very next evening, before leaving the Ardennes. Sometimes, a good beer is hard to resist. 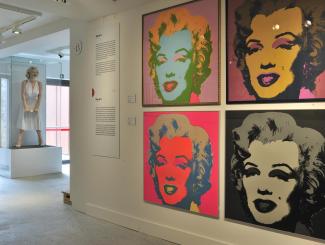 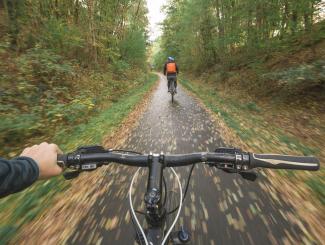 Mountain biking across borders in the eastern cantons 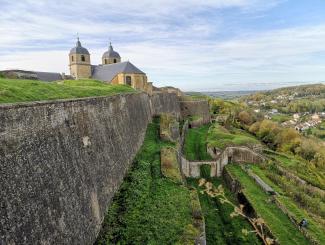