Esch-sur-Sûre is a small town in the northern Éislek district of Luxembourg in the Ardennes. It is located on the River Sûre within the boundary of the Upper Sûre Nature Park. The river has gouged out a deep gorge in the mountains and in many places the steep cliffs drop directly into the river, necessitating some creative highway engineering. For example, the main road to Esch-sur-Sûre passes through two tunnels, one dating from 1850 and the other from 1954. The River Sûre was dammed upstream from the town in 1961, creating a 380-hectare lake that powers a hydro-electric power station and acts as a drinking water reservoir. It’s also a haven for water sports enthusiasts, hikers, mountain-bikers and anglers.

Esch-sur-Sûre is a haven for water sports enthusiasts !

The town is dominated by its ruined castle. The earliest record of its existence dates back to “the third year of the reign of Charlemagne” (c.773 AD) when its owner gave it to the monks of Stavelot Abbey, who exchanged it in 927 AD for land belonging to Meginaud. The town’s new owner built a castle keep and farm buildings. By the time of the First Crusade, Esch had a Count, who ruled over an additional 19 villages and hamlets extending from the town as far as Diekirch. To keep pace with the progress in artillery and the use of gunpowder in the fifteenth century, the counts of Esch rebuilt the castle in the Gothic style and constructed a defensive wall around the town 450m long and 1.5m thick, with a round watchtower. The castle’s defences were reduced to ruins by French troops, like all the castles in Luxembourg, following King Louis XIV’s capture of the fortress of Luxembourg City in 1685. The town’s walls were left standing, however, as many houses had been built backing onto them. Some of these houses can still be seen today in the alley on the left of the Town Hall.

Around 1850, the castle was sold to a middle-class family who converted it to residential use, and this was how Victor Hugo recorded it when he passed through the town on holiday in 1871. The castle chapel was restored in 1906. Today the castle ruins are floodlit at night, creating fairytale views.

An old cloth factory, the Maison du Parc, has now been converted to a museum that explains the artisan woollen blanket-making process and also the major events of local history. The building also contains the Tourist Information Centre and a shop selling local specialities. Guided tours of the museum (1 hour) are available by prior reservation, or visitors can use an audio-guide. 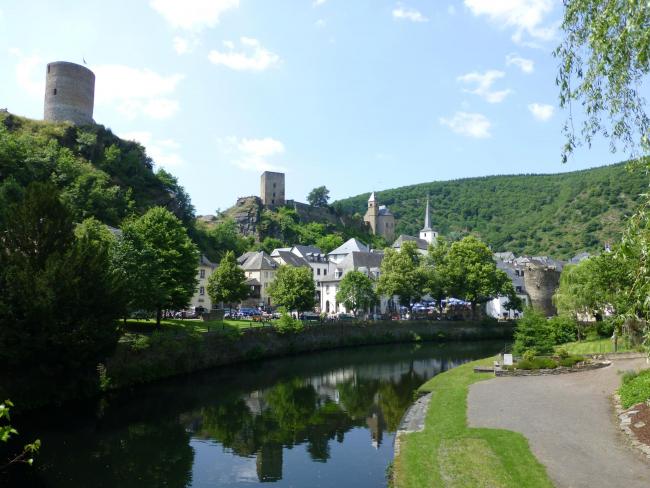 The Night of Legends

The hills around Esch and the lake contain 90 km of waymarked walking and mountain-biking trails, and the Nature Park has a circuit for horse riders. You can fish in the lake and also take a trip in a solar-powered boat. 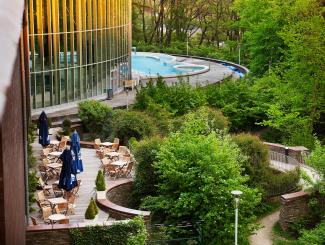 Spa, her circuit and her thermal baths 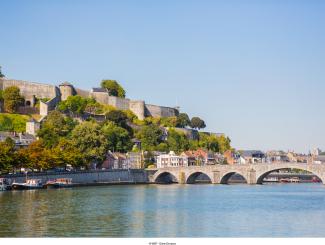