Feel good in nature, experience it and awaken your eyes to it. This is what Juliette offers. Equipped with her backpack full of opportunities, she leads families and groups through the forest. 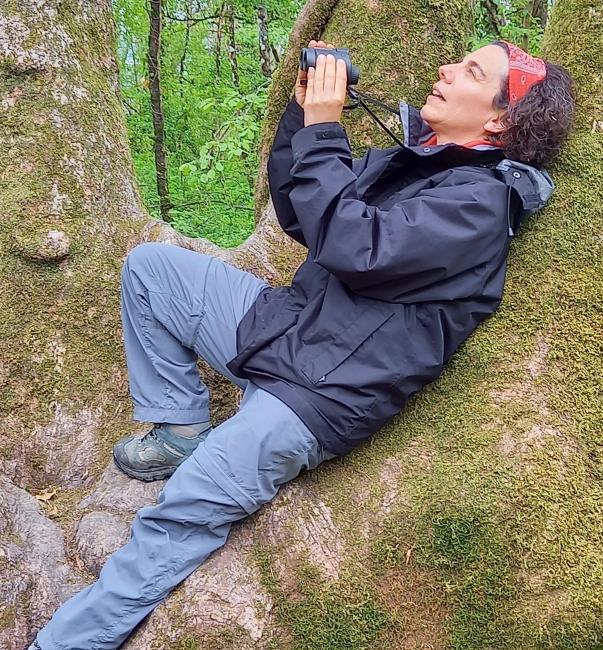 While she definitely has a clear idea of what she wants to share with her groups, Juliette remains alert to their special requests, their moods and the landscape they are crossing. What sensations and emotions will we feel in the forest? What traces will we leave in the natural environment? Juliette loves to include tales and poems in her walks, reading a few lines that evoke a feeling of shared well-being, but she also likes to encourage action, running to release pent-up emotions, stopping for a sit-down, separating yourself from the group for a while to take stock of what you are feeling… Getting up very early or going out after a meal to seize those privileged moments at dawn or nightfall, in complete simplicity.

What sensations and emotions will we feel in the forest? What traces will we leave in the natural environment?

At Poix-Terron, Quentin Delorme is one of those farmers who has chosen to take actions to support biodiversity. For a few years, he's been in charge at La Ferme de la Terre au Chêne, where he grows several organic crops and raises livestock. To encourage biodiversity on his land, he's planted 600 metres of hedges and has created three ponds as part of the AgroBioDiv programmes organised by PRAM (the Regional Programme in Favour of Ponds). It's a way of positively participating in the reshaping and rebalancing of the landscape.