An immersion in the Middle Ages at Reinharstein castle

A tour that takes you back in time

At the end of the forgotten Warche valley, on the very spot where the path seems to end, the magic begins. Reinhardstein castle penetrates the landscape, inviting us to that Medieval era that still fascinates us today. And I'm ready to throw myself into it with great enthusiasm...

Early in the morning, I take the path to Reinhardstein to learn about its tales and history. As I descend the valley, it gradually narrows into a canyon. The sides are so abrupt that the sun doesn't even shine over this steep valley: the scenery is austere but superb. Then suddenly, the medieval silhouette of Reinhardstein castle emerges. Hanging between land and sky on its rocky spur, it blends into the forest landscape as if trying to hide. It stands on an exceptional spot, the ultimate defence location. Surrounded by a steep valley plunging 60 metres below its walls, the site in the form of a natural truncated spur is all but inaccessible. The Middle Ages are still very much alive within these castle walls. And I'm to be a part of it, thanks to my two guides, Mireille and Hervé, dressed for the part in their medieval attire... My childhood dreams come flooding back at the sight of the watch towers, the keep and the ramparts; Reinhardstein is exactly the castle I always imagined as a kid. Now, my imagination runs wild and I can even hear the clinking of armour from the guards on the wall walk...

On the leather trail

Every part of the structure tells a captivating story. In its time, this formidable castle was both feared and formidable. The 16th-century fortress was built on its impregnable site by the lord, Renaud de Waimes. From its high perch, it overlooked the road along the Warche valley and kept an eye on the movements of trade. The leather route via Reinhardstein was the region's only passable road.

The surrounding wilderness of the fens dissuaded even the most intrepid of travellers... From the highest viewpoint over the entire castle, Hervé says, "The lords had no scruples about extorting the merchants and demanding a right of passage, the "tonlieu". It seems our motorway tollgates descend from this tax... Leather trails, iron routes, Camino de Santiago pilgrimages: the medieval world was constantly on the move. "People travelled a lot in the Middle Ages. Merchants, soldiers and pilgrims continually widened their horizons," Mireille reminds me. And religion played a key role in people's lives. It was quite normal for wanderers of the faith to make their way to Jerusalem, Rome or Compostela.

A garrison to serve the Prince-Abbot

The power of the lord of Waimes was wielded from the keep. In the Middle Ages, the castle played a defensive role but its impact was also visual. Initially just a keep, the castle gradually evolved into a vast ensemble housing a garrison, the lord's family and the servants.

Reinhardstein protected the abbatial principality of Stavelot-Malmedy: "a territory that overlapped the Duchy of Limbourg-Luxembourg, which was much bigger than Belgium is today," says Hervé. As the prince-abbot couldn't carry arms, it was the duke of Luxembourg who defended him. The spiritual and seigniorial powers helped one another. At Reinhardstein, the confessed had his own garrison, 6 km away from the abbey. "At a gallop, the knights could reach the abbots very quickly if needed", Mireille tells me.

The castle then passed into the hands of a succession of families before falling in 1812 to the Count of Metternich who sold his property... to the demolishers. This built heritage was saved by Professor Overloop between 1970 and 1980. On the basis of its ruins and some documents from the 14th century, the history lecturer meticulously rebuilt this medieval structure exactly as it was. On the old photos that Mireille shows me, I can see the colossal scale of the reconstruction work. The rubble sandstone walls were erected again and the different quarters are now covered with superb roofs of slate.

Although the castle and the Salamander round tower were built to stand up to giant catapults, they were no match for the artillery as it evolved. From the 15th century, huge bombards were capable of launching cannonballs weighing several tens of kilos for hundreds of metres. The black powder was to get the better of the castle walls, despite their robustness. In just a few years, the castle's very medieval design would become a thing of the past... Taking into the realm of legends.

Mireille then shows me the very impressive suits of armour, They each weigh over 30 kilos.

Today, the castle tour provides an insight into the life of the lords. The rooms house a large collection of arms and tapestries. I wander between armour and paintings, in the Knights' Room and the Guardroom, listening to Mireille. "In the 14th century, a certain level of luxury emerged: the rooms were decorated to brighten up the gloom that reigned in these dark rooms. The tapestries masked the walls and added a touch of colour... Don't forget that the houses and castles were very modestly furnished...".

Mireille then shows me the very impressive suits of armour. They each weigh over 30 kilos. In fact, the knights had to be lifted onto their horses with a hoist. In their armour they could hardly see anything. They were remarkable horsemen, heavy with armour and lances, who constantly improved their dexterity by taking part in tournements. "During battle, the coats of arms and flags helped them determine where to strike, and their round breast plates protected them from fatal blows." Mireille's stories of minstrels and troubadours captivate me: as long as there are passionate guides, these castle walls will stay alive with the epic saga of the medieval knights. At Reinhardstein, the sound of hooves on the cobblestones of the upper courtyard are not just a dream, they're almost a reality... 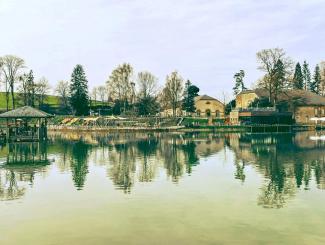 a day of family fun in the Vendresse leisure park 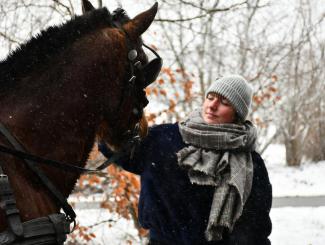 A gourmet winter around Saint-Hubert with Ardenne Plaisir 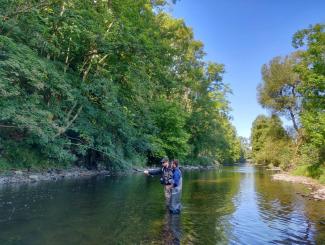