The Place Ducale
in Charleville-mézières

The Place Ducale in Charleville-Mézières

The geometric centre of the model town built by a young prince in the early seventeenth century, the Place Ducale is an architectural gem and the focal point and beating heart of the capital of the French Ardennes..

In 1606, Charles I Gonzaga, Duke of Mantua, Montferrat, Nevers and Rethel and self-proclaimed Prince of Arches and Charleville, launched the most important building project of his life: an entire new town, laid out on a geometric plan, named Charleville, after him. It was the smaller neighbour of Mézières, the mediaeval town it would merge with 300 years later. Prince Charles spent a good portion of his fortune on the town, most of which remains for us to admire today. The pavilions and arcades of the Place Ducale remain the jewel in the crown.

A square decorated with pavilions and arcades

Three of the square’s sides are identical and symmetrical. In total, they are made up of 27 pavilions which embody the “rule of four”, i.e. they have four arches in the ground floor arcade, and four windows bays on each of the three floors. Originally, the fourth side of the square was filled with an identical façade, but the Prince’s palace that was supposed to be built behind it was never built, due to a lack of funds, so it stood as an empty façade until it was demolished during the French Revolution. In 1843, a new Town Hall was built on the site.

The heart of the town

The square’s huge, cobbled open space has become a natural place of business, exchange and celebrations. The Prince’s decisions to grant his new town tax-free status and to welcome Protestant refugees quickly led to a boom in cloth manufacturing and trading, though today most visitors are tourists attracted by the splendid views and the many café terraces in the square.

One of the most beautiful panoramas of the Grand-Est Region ! 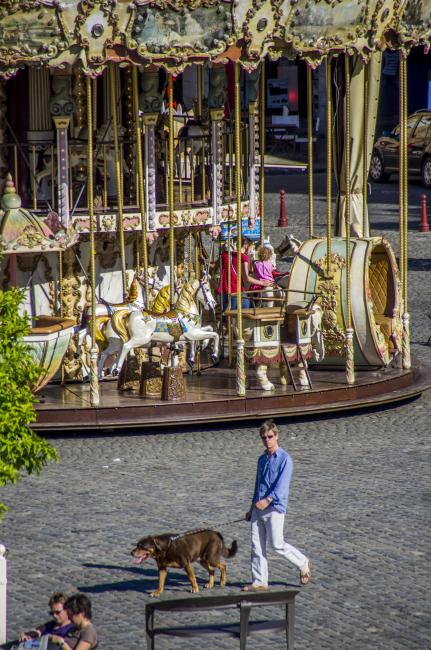 In the footsteps of Arthur Rimbaud

Charleville is the hometown of the famous French poet Arthur Rimbaud 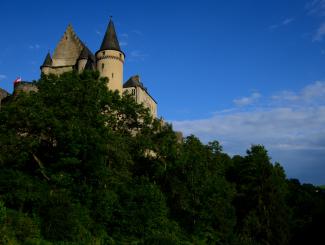 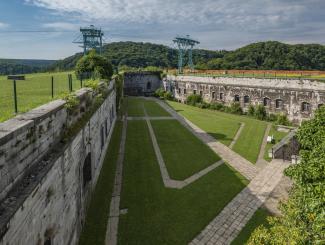 The Forts of the Province of Liège