The castle is located above the small town of Vianden is located in the northern part of the Grand Duchy of Luxembourg, known as the Éislek, in the midst of the Luxembourg Ardennes. A century-and-a-half ago, it captivated the famous French writer Victor Hugo, and now it is set to enchant you too!

Vianden’s charm has not diminished over the centuries, thanks to its location on the River Our in the Ardennes Forest, close to the German border, and the only chair-lift in Luxembourg.

Victor Hugo (1802-1885) was a distinguished French novelist and campaigner for social justice. When Napoleon III staged a coup d’état in 1851, overthrowing the elected government and proclaiming himself head of state, Hugo went into exile, first to Brussels, then to Jersey before settling in Guernsey in 1855. He returned to Paris in 1870 following the Emperor’s abdication after his defeat at the Battle of Sedan, but immediatly had to endure the food shortages and social upheavals of the siege and Commune of Paris. He came on holiday to Vianden in 1871 to recover from this and greatly enjoyed his stay. “Vianden has two things that console me equally” he wrote, “a sinister ruin and the merry townspeople”. He left, recovered after a few months and returned to Guernsey for a few years before returning to Paris 12 years before his death.

The Rise, Fall and Rise again of the castle

The castle we see today was built on the site of Romand and Carolingian fortresses, by successive Counts of Vianden from 1090 onwards. The austere original building contained a chapel, residential rooms and kitchens, which were extended and embellished over the next 200 years.

By 1200 it rivalled the castle of the Counts of Luxembourg in its Gothic splendour. The title passed to the powerful Princes of Orange-Nassau, and Prince William the Silent visited Vianden in 1564 to oversee the construction of a blast furnace. The Renaissance-style Nassau Mansion, with its banqueting hall and bedroom was added in 1621 by Prince Maurice of Orange-Nassau-Vianden, but thereafter the Princes took little interest in the town and the castle.

In 1820, Prince William V of Orange-Nassau-Vianden, who had proclaimed himself King William I of the Netherlands and Grand Duke of Luxembourg in 1815, sold the castle to Wenzel Coster, a Vianden alderman. Coster sold off the tiles from the roof, the wooden panelling, the doors and the windows, and soon the castle was in ruins. 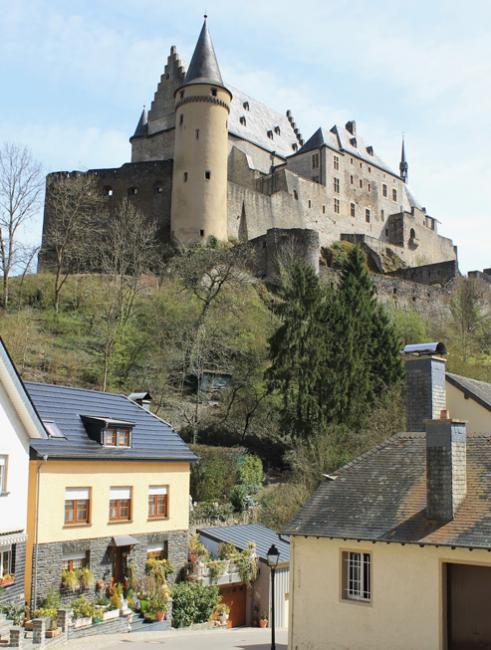 Although repurchased by the King in 1827, the intended restoration was delayed due to the Belgian Revolution and did not really get underway until 1890, but was halted in 1914 by the outbreak of the First World War. The inter-war depression, the Second World War and a dispute about the castle’s ownership further delayed the project until 1977, when the Luxembourgeois government took over and rebuilt the walls and roofs and refurbished the interior. On completion of the restoration in 1990, the castle was opened to the public. Today it has a visitors’ centre with a small museum and it hosts an annual Mediaeval Festival. One of the best views of the castle and town is from the top of the chair-lift on a nearby hill.

Medieval banquet at the Castle
Medieval combat at Vianden castle 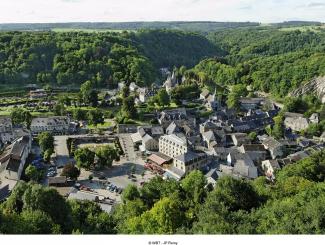 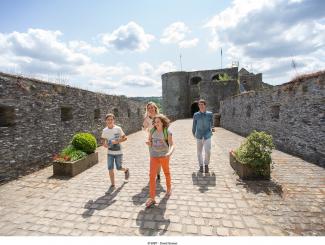