The time we TAsted Ardennes cider 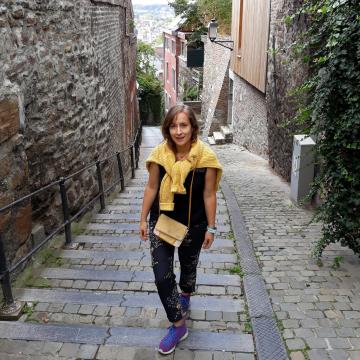 An ancient and renowned cider vintage

THE TIME We TASTED ARDENNES CIDER

Although it is less famous than its Britton counterpart, I have to say that Ardennes cider is truly exquisite! A few centuries ago, the municipality of Lalobbe was famous for its vintage cider and cider orchards…In 2002, Martine and Etienne Capitaine breathed new life into the cru by creating their label “Bulles Ardennaise” (Ardennes Bubbles). Since then, their small operation has prospered and evolved. Their daughter, Blandine, took over the business in September 2019. First, we will enjoy a visit the cider works with Blandine and then, we will get to taste the famous bubbles!

Tasting the cider with Blandine Capitaine, the lady of the house

Cider in the Ardennes, a terroir from days gone by

We walk around the orchard accompanied by Blandine, the lady of the house. Surrounded by apple trees still laden with fruit, she recounts the tale of this particular terroir that has been part of Lalobbe’s history for quite a while. We need to hark back to the 18th century when it was first mentioned in public records. At the time, the Lalobbe vintage cider was renowned far beyond its borders! There even is pictorial evidence from 1880 in the shape of a black-and-white photo of a Paris estaminet (a small bistro) bearing the pub sign “au cidre de Lalobbe’ !

Even though some local families continued to make their own cider at home, as the years went by, the tradition was lost. The art of cider making dwindled until it was virtually non-existent. So when Martine and Etienne (Blandine’s parents), returned to their home town, there were only few fruit presses left in the village. Even the plots of land where cider apples once thrived were either derelict or had been sold off.  In 1995, the couple decide to embark upon their bubbly adventure and buy a plot of land to plant their first apple and pear treas. In 2002,  their orchards spread out over 3 hectares. The same year, with the first harvest of fruit, the family business ‘Les Bulles Ardennaises’ is officially born!

Even the Russians drink bubbles from the Ardennes

Since then, the small farm has grown considerably. We will only be visiting a small part of the orchard, as the different plots of land acquired over the years are spread out across hills all around the village. Nowadays, Blandine is the proud owner of around forty different varieties of cider apples and perry pears, spread out over 5 hectares of orchards. The cider’s good name is in no need of a knight in shining armour as Blandine generates 20% of her turnover abroad, even exporting her cider as far as Russia! But our young entrepreneur doesn’t rest on her laurels: she decides to convert to organic farming, conversion which will be effective for the entire orchard as of 2021.

But how is cider made?

While we head towards the washer, Blandine explains the whole process to us. All of the fruit is washed twice before being sorted and then crushed. The fruit is then sorted twice: once to remove small pebbles and once to remove the rotten apples.

The fruit that remains is then taken to an enormous fruit press that serves several purposes: it grates and presses the fruit until obtaining huge cake-like patties of apple pulp (also known as pomace).  The pomace is then wrapped in cloth and put in layers between wooden slatted boards to make “cheeses” on the press. The press then compresses the piles of “cheeses” so that the juice runs out into a collecting tank. The juice is then rid of its impurities and transferred to the huge fermentation tanks inside the hangar. The fermentation can take up to three months.

Brut cider ferments for longer, and has a higher alcohol content than sweet (in French: doux) cider.  The tricky part is assembling the different apple varieties, and this is what will give a tart or fruity taste to the cider.

What do you prefer: brut, sweet or flavoured cider?

Once our visit is over, we head towards the shop where Blandine organizes the cider tastings. A bottle of “Cidre intense” and “Cidre Flatteur” are waiting for us on a table, and Blandine pours us a generous glass of each.

The “Cider Intense” is a brut cider. It is quite excellent and seems to have quite a high alcohol content compared to other ciders I have tasted before now. It turns out I’m right about that, as the cider averages 6 degrees! We need to pace ourselves, as our van is waiting for us outside, and we have to drive back after the cider tasting. According to Blandine, cider is a match made in heaven with game or fish. I only used to drink cider with Breton pancakes or a slice of cake, but now I discover a beverage that is much more complex than it looks and that can be paired with all kinds of food/dishes, just like wine. We then sample the “Cidre Flatteur” (French for flattering) which is just as delicious, but a lot sweeter and fruitier. The sweet talking cider is just perfect of an aperitif or with a dessert.

But these two classics are not the only reason for the company’s renown. The cider company produces five different regular ciders, eight flavoured ciders as well as cider vinegar and cider jellies, fruit juice, etc. If this article has made you want to try cider from the Ardennes, you can order their beautiful bubbles from their website. And if you’re planning a vacation in the area, the cider company is definitely essential sightseeing! 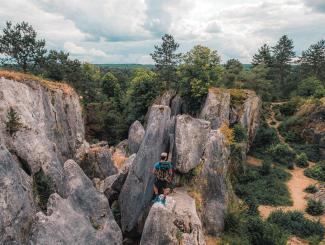 the time I EXPLORED THE Fondry des Chiens, an exceptional geological site 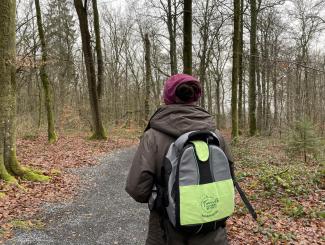 I experienced the forest with all my senses 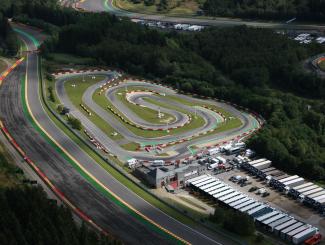