what can you do with the kids IN the ardennes during the winter school holidays?

what can i do with the kids during the winter school holidays?

No doubt you've already asked yourself this question! And if you haven't, then your kids have! So, to help you, we've gathered together some activities you can enjoy together as a family, in the Ardennes, during the winter school holidays.

We hope this list of the best activities to do with children inspires you to try them, safely and respecting the public health regulations in force, of course!

In the Belgian Province of Liège 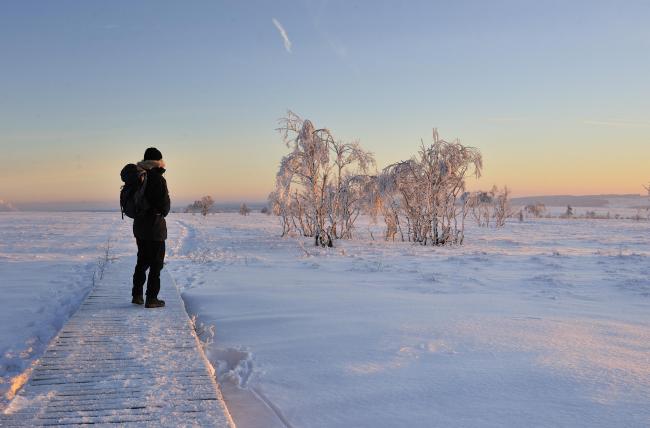 A winter walk in a place whose magic casts a spell!
www.botrange.be

Museum of Walloon Life
The Rue Hors-Château is without doubt the most beautiful main street in Old Liège. From the fourteenth century onwards, it became a popular place for noble families and religious communities to live. This historic district of Liège is home to several museums, including the Museum of Walloon Life, housed in the seventeenth-century former Minor Friars' monastery. It's a veritable time machine, bringing together a host of exhibits that relate to all aspects of the daily lives of people in Wallonia through history: your kids will be amazed to see how our ancestors lived and how their worlds changed, via the many events and activities organised by the museum.

More information on the Museum of Walloon Life
www.provincedeliege.be/viewallonne 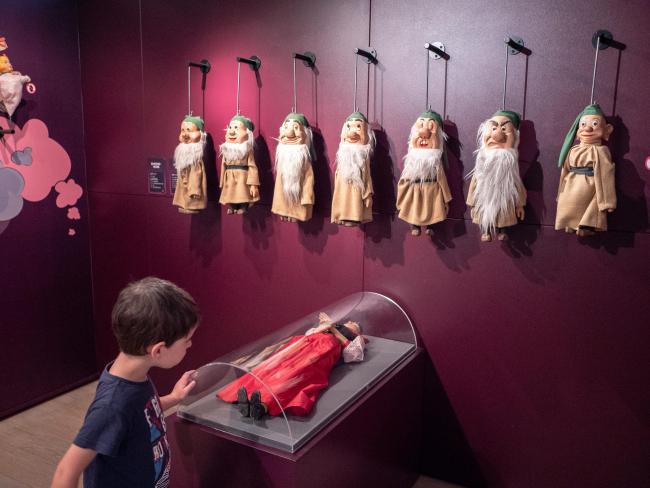 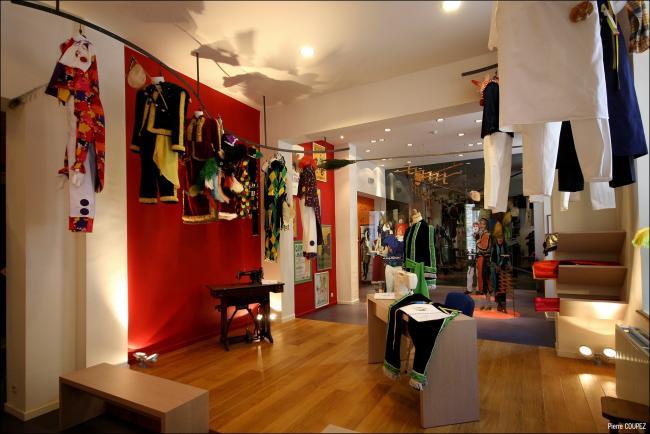 Malmundarium
This former monastery in Malmedy has become the tourist and cultural heart of the town. Known as the Malmundarium, it's a beautiful place of remembrance, art, history and culture and is a must-see! Its 3,000m² interior offers an exciting range of things for visitors to see and do that explore Malmedy past and present, especially the role played by paper-manufacturing, using multi-functional, innovative, interactive displays that are loads of fun for kids!

In the Belgian Province of Namur

My adventures with a wizard
The gentle slopes of the hills in the Condroz region lend themselves admirably to family walks, even in the winter! These six walks can become challenges where kids aged from 6 to 12 have to confront wicked witches, accompanied by a kind-hearted wizard… the adventure takes place in the woods and countryside of the beautiful Condroz region. 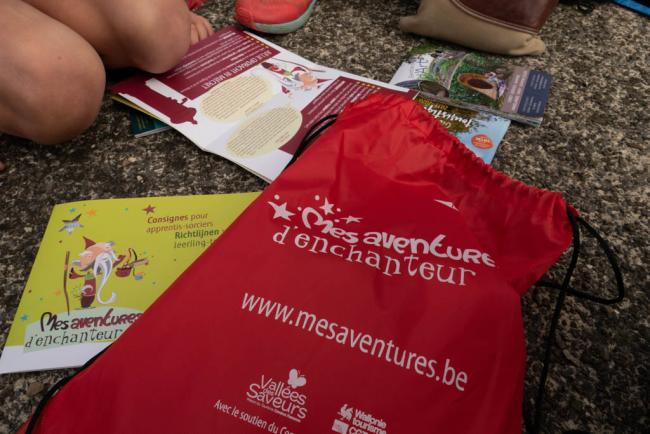 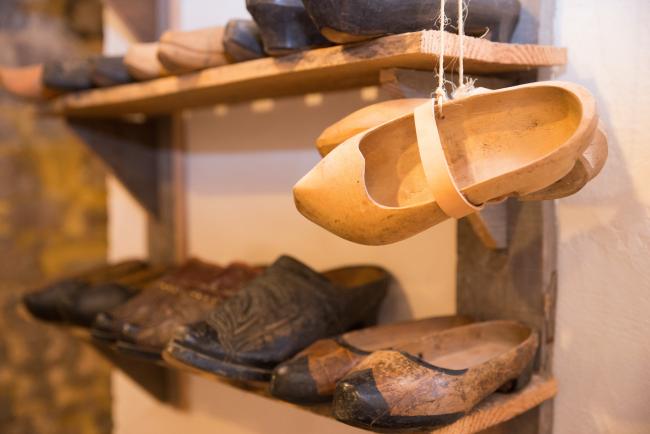 Viroin Eco-Museum
A string of peaceful villages runs along the banks of the River Viroin. The Eco-Museum at Treignes plunges visitors into the past, when the local population's lives were dictated by the seasons and they had occupations and tasks that were lost as the countryside changed profoundly from the eighteenth to the twentieth centuries. This story is also ours and children should not forget it. A temporary exhibition explains how clog-makers worked, at a time when everyone who lived here wore clogs. An insight into another world...

Meuse Valley Mediaeval Heritage Centre
The Middle Ages are alive and well here in Bouvignes. You can still hear the clip-clop of horses being ridden down the narrow cobbled streets that run downhill from the Knight's Gate. This impression is reinforced by the Crèvecoeur fortress, which overlooks the Meuse Valley Mediaeval Heritage Centre, which is squeezed into the small town square. The museum evokes mediaeval society with plenty of anecdotes and reminds kids of the strategic importance of the River Meuse. 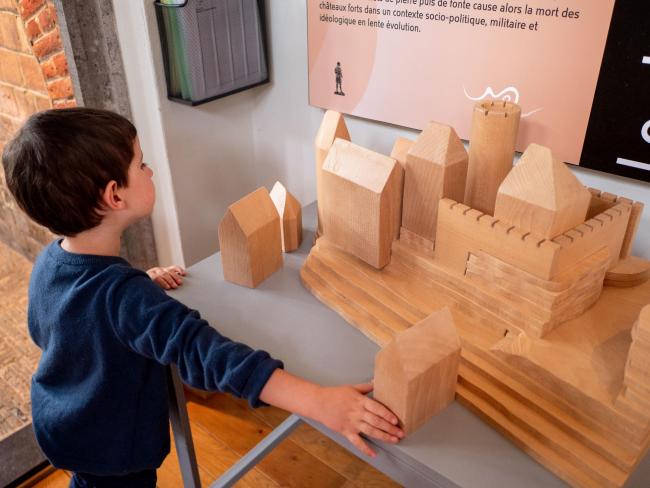 In the Belgian Province of Luxembourg 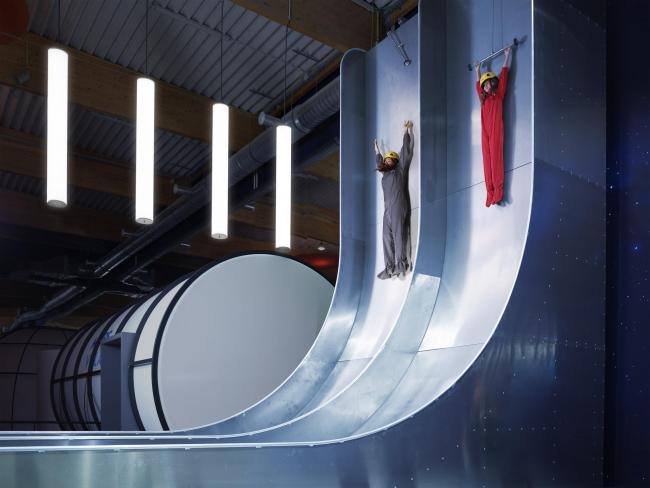 Euro Space Center
A desire to be an astronaut could be born when you visit the Euro Space Center at Redu. And the adventure could begin during a day spent there with your family. Aspiring astronauts can test their knowledge and use their senses to immerse themselves in daily life in space. The experience goes beyond the moon to Mars in a game about life on the red planet.

What a good approach to art is used at the stunning Mudia interactive museum! Its easily understood, sensory language allows kids to build links with works of art. The museum offers a beautiful journey through the history of art, from the Flemish Primitives to contemporary artists. At Mudia, you can see the emotion in the wide eyes of kids as they look at works by Rembrandt or Picasso. Kids will learn by having fun and will let themselves be carried away by the different art movements that have made such an impression on human life.

I discover art in a new way at Mudia
www.mudia.be 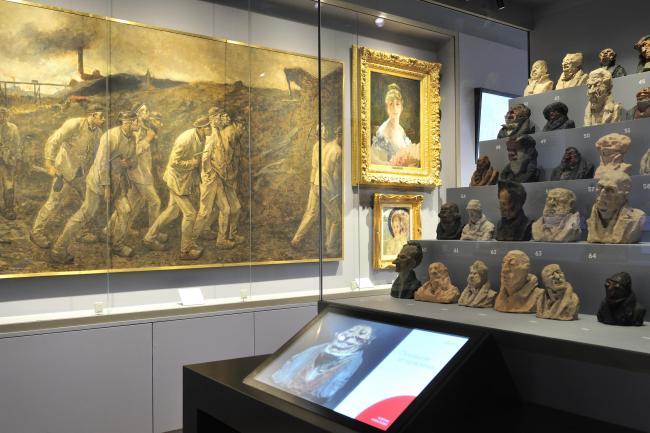 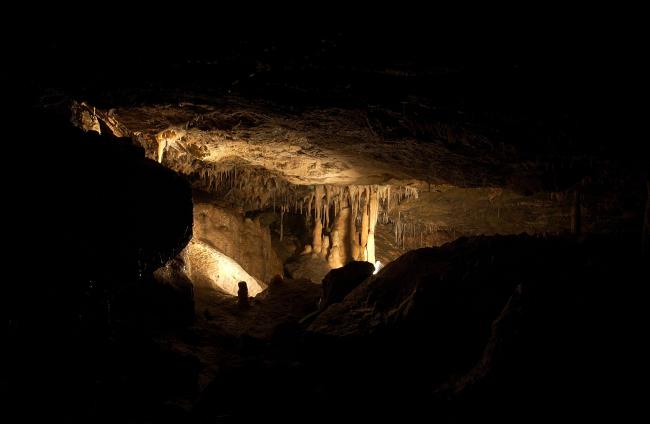 Hotton Caves
At Hotton, the Calestienne limestone layer widens to almost 1,500m high. On the left bank of the River Ourthe this layer has been hollowed out to form the Hotton Cave, one of the largest in Belgium. It was only discovered in 1958, by a post office worker from Brussels called Mr Thirion, who was on holiday when he came across an unknown cavern. He was followed by four speleologists who lowered themselves through the entrance to find an exceptional underground world. There is a special trail for kids where they can wonder at this underground spectacle: the play of light and the stalactites that form extraordinary Baroque ceilings have led to the cave being compared to a crystal palace.

At the heart of slate
From Fumay in France to Martelange in Luxembourg runs a long vein of slate, which has made fortunes and disasters for all those who have extracted it from the entrails of the Earth. The Morépire slate mine in the Aise valley near Herbeumont, preserves the memory of the slate miners ("scailletons" in local dialect) who went underground to break the rock with pickaxes and dynamite. They hacked, dug and split it for centuries, some breaking their backs or poisoning their lungs or blinding themselves in the process. Poorly paid hard labour to extract slabs of slate weighing more than 140kg, that the "porteû" carried to the surface on his back, with just a jute sack stuffed with straw to cushion his load. The journey down into the mine will seem endless for kids, and when they get there, they'll find an underground world where the humidity is almost 100%. The mine tunnels, dug to extract the slate, have remained intact. And if visitors shiver, it's not from the constant temperature of 10°C, but the emotion that oozes from the walls and the recorded voices of "Craboteû" and "Débiteû" the miners that echo along the tunnels.

I explore the Slate Route
www.aucoeurdelardoise.be 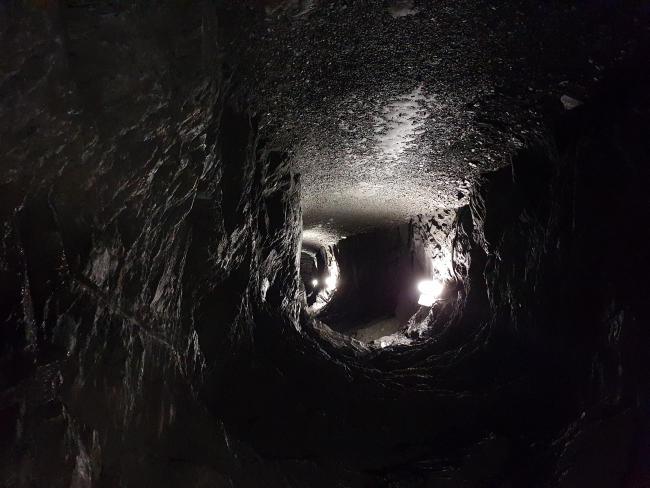 In the French Ardennes 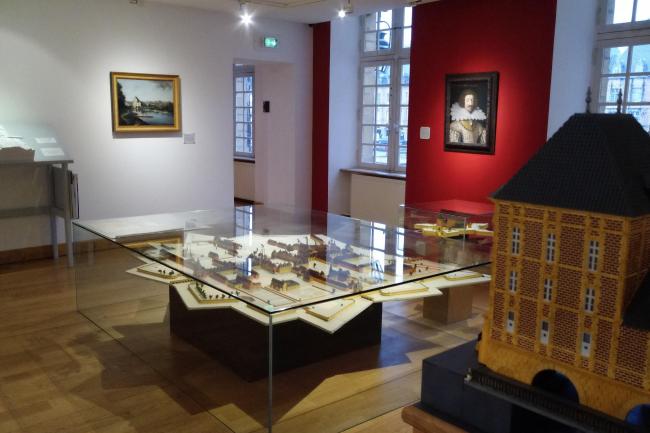 Ardenne Museum
The museum's entrance is inside a courtyard, as if hidden from prying eyes. But once you're inside what a discovery! The museography is excellent, a blend of glass, ochre Dom stone and metal that tells the story of the Ardennes through several eras and golden ages, such as the birth of the industrial revolution there in the nineteenth century. The museum also tells the more recent history of the town, through a collection of beautiful marionettes, among other exhibits: kids will love it.

I explore the Ardenne Museum
Celebrate your birthday in the museum

Liart educational farm
Activity leaders from the Thiérache Centre offer a delightful programme of visits to this farm, from discovering farm animals to bread-making and goat's-cheese-making. There is also donkey-trekking and an introduction to the world of bees. Everyone can find some aspect of nature that they enjoy! There is also an 8-bedroom, 15-bed gîte that can be used by groups, who can take part in early-morning and evening activities including animal husbandry, visits to nearby working farms and night walks.
Open from January onwards on Saturdays, Wednesdays and during school holidays. 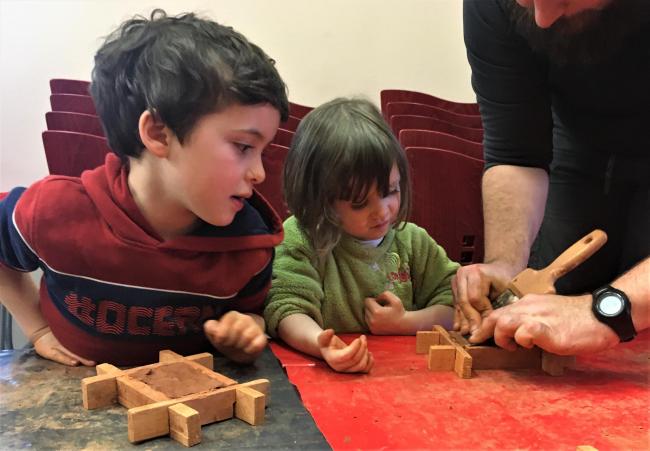 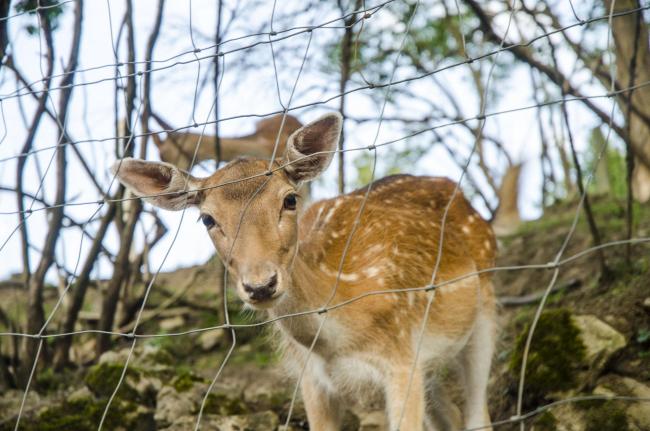 Robbesscheier
This historical crafts centre reminds visitors of the skills and crafts used by our rural ancestors in the past. Many of the workshops welcome kids, including the pottery, the bakery and the candle-maker's. Skilled artisans welcome the chance to pass on their passion and to update to fit with modern taste these crafts which would have featured in the daily lives of villages in the Ardennes. At Robbesschier this winter, kids can discover another world away from the virtual reality of their screens! 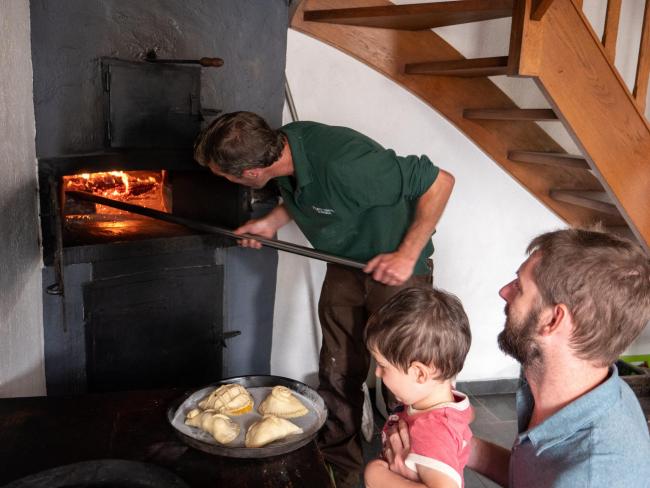 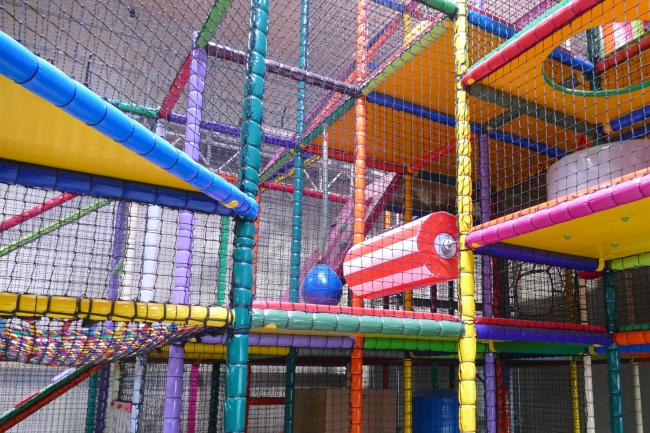 MIGO
In the middle of MIGO, you can practise putting little balls! In this 1,500m² indoor leisure centre, the large playground includes a great crazy golf course: kids aged under 12 can let off steam in complete freedom!

Sënnesräich Park
Here kids can explore their five senses in a fun and amusing way. Their sensory experiences will accompany their learning about water, electricity and forces. The play element culminates in the Air Tramp, a huge 10m square air cushion. The educational amusement park is aimed at kids aged between 4 and 12 and is accessible by wheelchairs and pushchair. 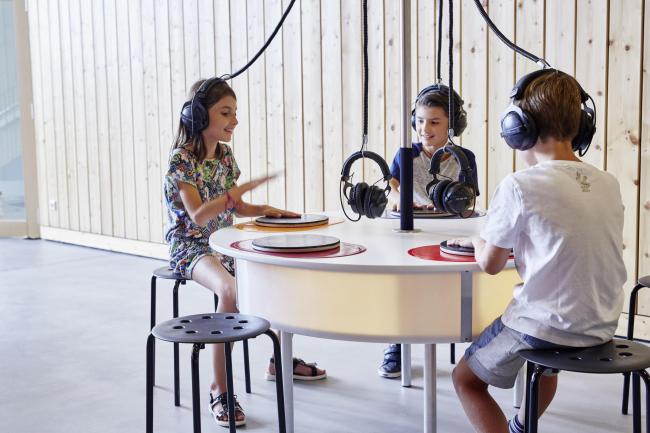 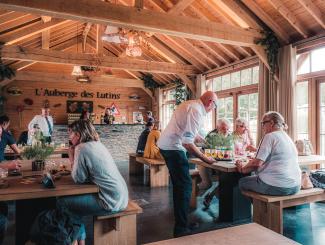 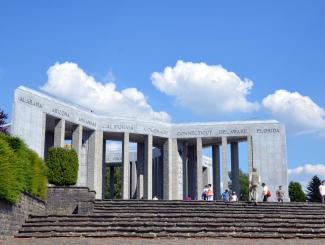 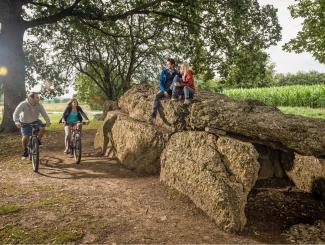 Top 6
unusual places to visit in the Ardennes