Did you know that Hitler set up his headquarters in the forest on the Franco-Belgian border in 1940? Brûly-de-Pesche 1940 bears witness to this, to make us remember and to ensure that it never happens again. 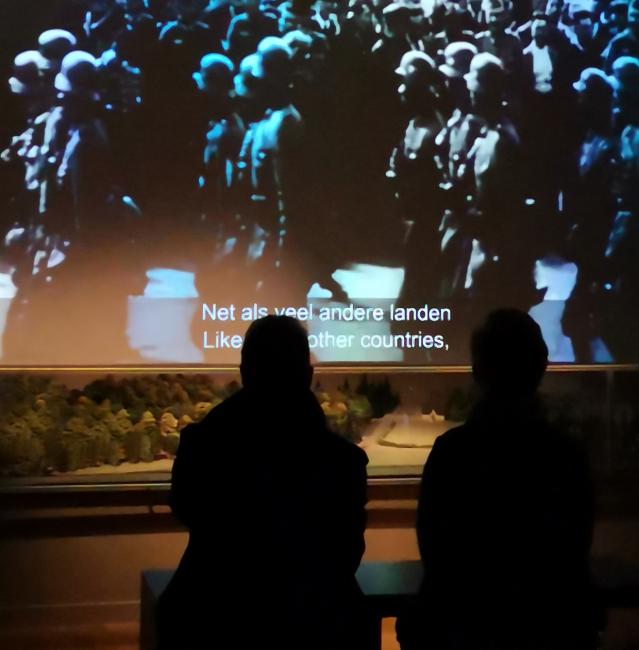 In May 1940, the villagers of Brûly-de-Pesche and 27 other nearby villages were evacuated by force from their homes, with no reason being given. In fact, Hitler needed a new headquarters near the French border from which to oversee the German offensive through the Ardennes. Today we can understand what happened by visiting the Wolf’s Ravine, with its bunker, chalets and Hitler’s private quarters, as well as the command post and the map room. Some are original and some reconstructions. Also on display is a reconstructed “cagna” a shelter used towards the end of the war by the Resistance at their camp a few kilometres away in the Rièzes woods, shared with the Free Belgian Piron brigade.

In the visitors’ centre, films, explanatory panels, witness statements and exhibits from the period add to the two themes of occupation and resistance.

Today we can understand what happened by visiting the Wolf’s Ravine, with its bunker, chalets and Hitler’s private quarters, as well as the command post and the map room.

Maryse recommends: market-gardeners who live in the landscape

Around Couvin over the last few years, farms have been set up or revived through market-gardening projects, among others. Here are three of them, working in sync with respect for both people and nature.

At Presgaux, La Ferme du Tchapia, grows organic vegetables on a 1-hectare plot. In its orchard, seventy fruit trees (apples, cherries and pears) have already been planted. In addition, there are blackcurrant, gooseberry and raspberry bushes.

La Ferme de la Naïe has been producing organic fruit and vegetables since 2019. Families can come and pick their own strawberries from the field, so they know exactly where they come from…

A little further on, at Cul-des-Sarts, Les Jardins de la Ramée, is a market garden using living soil inspired by permaculture to grow vegetables, including some heritage varieties. In its nursery, you can buy hardy and annual plants, and receive growing tips from the staff.