once upon a time

once upon a time

Frédéric Jaspard has converted a holiday home into a welcoming, timeless place. He undertook a major conversion of the 250-year-old barn. Stone and timber, steel and glass. Integration of the modern into an historical building while still respecting it. 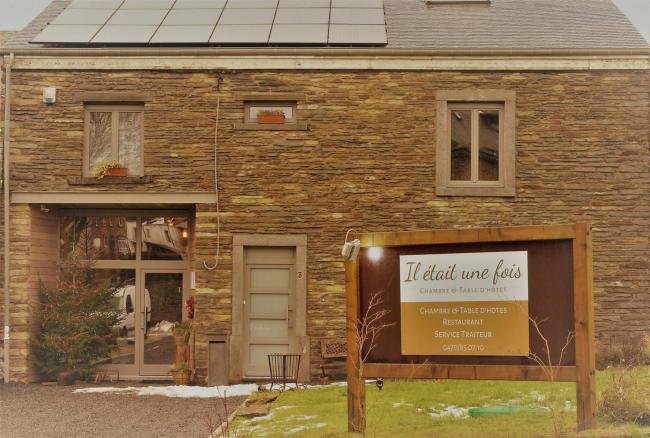 Three B&B guest bedrooms, restaurant tables, two terraces and a catering service. This is what Frédéric has been offering since December 2017. He's in charge in the kitchen, where he loves to work with local specialities from local suppliers. He sometimes uses suppliers a bit further away if required, for example for fish. Everything is home-made here, factory-produced food is banned. Here you can eat simple food made from properly prepared produce, in a serene setting. His aim is to satisfy his customers.

The cherries on the cake are the wellbeing area, the swimming pool, the e-bikes for hire and the surrounding countryside.

A warm welcome to some timeless moments.

Eat simple food made from properly prepared produce, in a serene setting.

Water-trough Farm is a project developed by a farmer-miller-baker, who wanted to control the bread-production process from A to Z.

Simon Menot is first and foremost an arable farmer, who grows his grain on his farm. He harvests it and adds grain grown by his closest and organic neighbours. Then with his miller's hat on, he grinds the grain into flour. Wheat, spelt, barley and ancient types of corn. Then he puts on his baker's apron and makes 500g and 1kg artisan loaves, using one type of flour, or a mixture, adding walnuts and raisins to some. He sells his bread at the farm and in local grocer's shops and has received unanimous praise for its quality.

He also sends some of his Ardennes spelt to the artisan brewery at Rulles to make a blonde beer, keeping food miles to a minimum. Authentic.